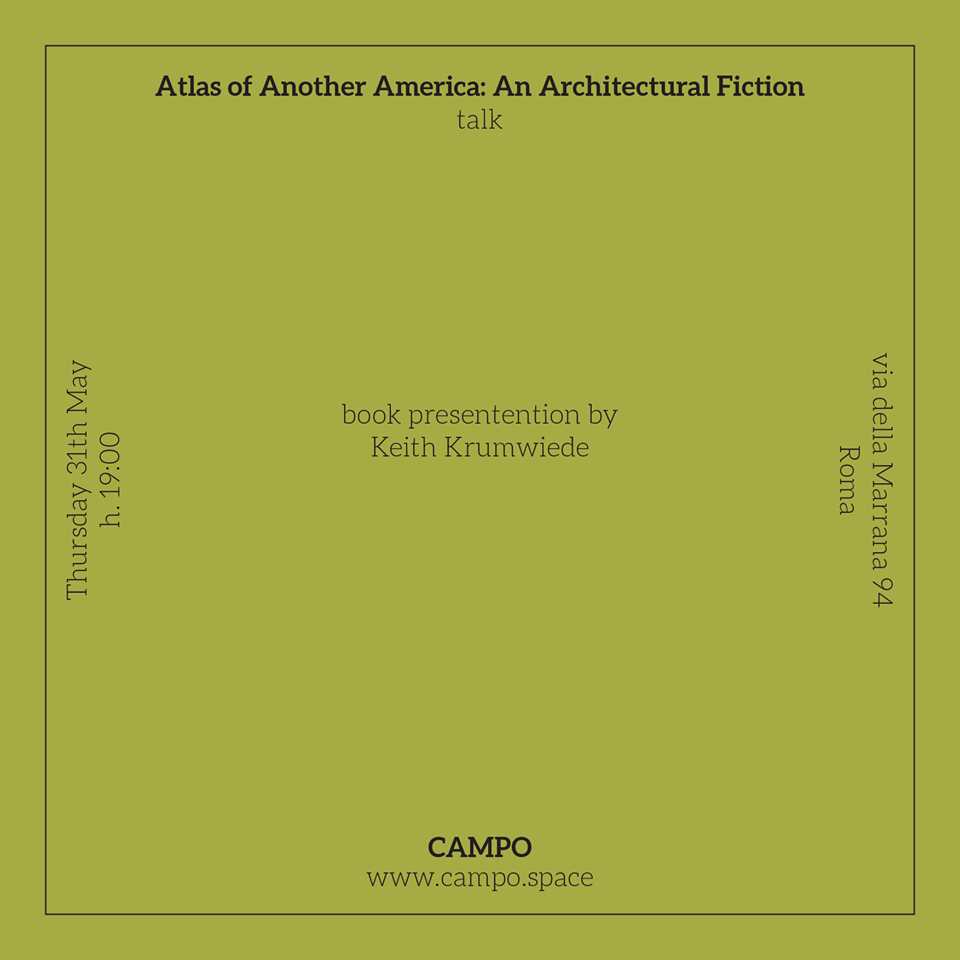 Keith Krumwiede
Atlas of Another America: An Architectural Fiction
TALK
Thursday, 31 May h.19.00 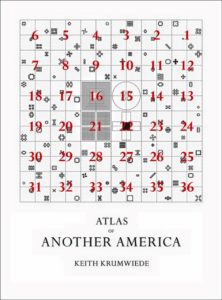 Keith Krumwiede’s Atlas of Another America: An Architectural Fiction (Park Books, 2016) is a satirical assessment of the American Dream masquerading as an historical architectural treatise for a fictional, but uncannily familiar, suburban utopia called Freedomland. Through the appropriation, exaggeration, and reorganization of found forms, images, and words, Atlas of Another America put forwards a critique both of American culture—examining the myths and conflicting desires that have shaped the American landscape—and of architecture culture—lampooning its hubris and and its often complicit relationship to power and privilege.

Keith Krumwiede was recently appointed Dean of Architecture at the California College of the Arts in San Francisco. He is currently living in Rome, where he is the Arnold W. Brunner / Katherine Edwards Gordon Rome Prize Fellow in Architecture at the American Academy. At the 2017 Chicago Architecture Biennial, he exhibited The Monuments of Another America, a 50-foot long scenic wallpaper based on Xavier Mader’s 1814 wallpaper, The Monuments of Paris. In 2016, his project Freedomland was featured in “The World in Our Eyes” exhibition at the Lisbon Architecture Triennale. He holds a a Master of Architecture degree from the Southern California Institute of Architecture and a Bachelor of Arts degree from the University of California, Berkeley. He has taught at the University of California at Berkeley, the Massachusetts Institute of Technology, the New Jersey Institute of Technology, Yale University, and Rice University. His work has been the subject of solo exhibitions at the Cooper Union School of Architecture, Washington University in St. Louis’ Sam Fox School of Design, Princeton University’s School of Architecture, Pinkcomma Gallery in Boston, and WUHO Gallery in Los Angeles. Krumwiede’s projects, essays, and experimental texts have appeared in Cartha, Drawing Futures, The Architect’s Newspaper, The Avery Review, Log, Praxis, Perspecta, 306090, and Domus. 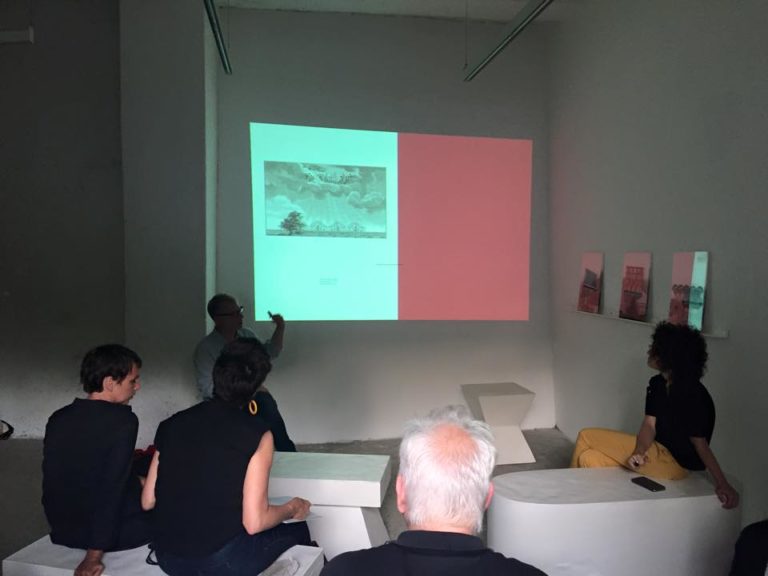