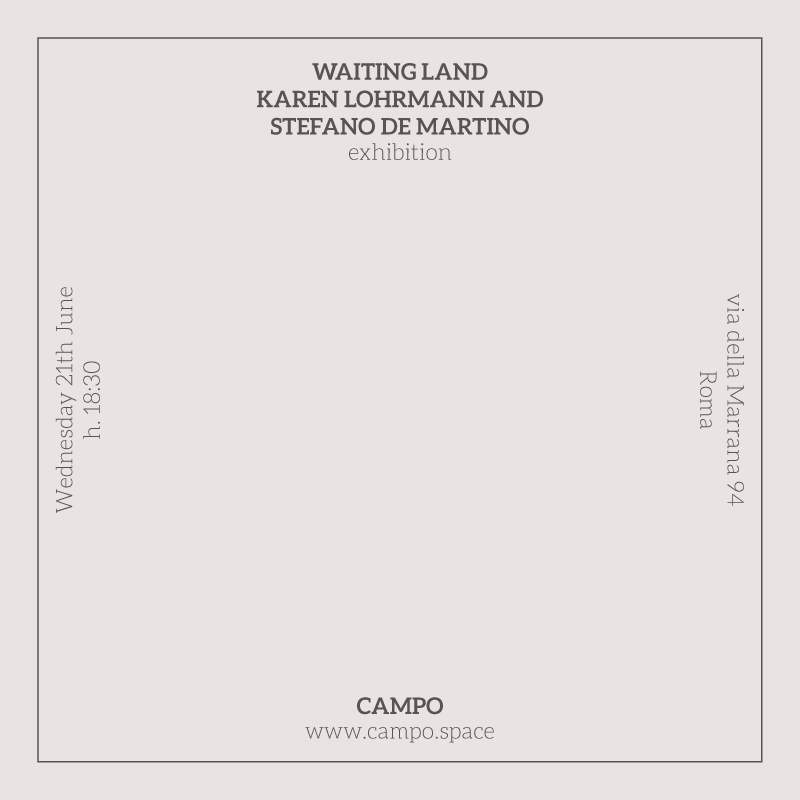 Waiting Land is at once place and condition.
It manifests through poor spatial formations and lowres visuals.  It shows the actual landscape as the image of the world and what happens in it. 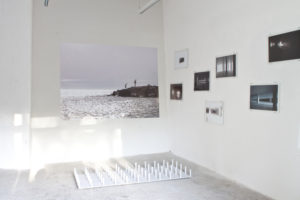 Over time, landscape has transformed from a specific and framed image or representation to an immersive rendering as an all encompassing ambience. Our view of landscape has also expanded —not necessarily in precision (which, no doubt, would have been a desirable effect), but in a kaleidoscope-like manner.

Waiting Land is an occasion to look at landscape in the ‘real’ world. Waiting Land is a stub. It’s an environment that stands in for some other functionality or place. A stub can simulate both behavior and form. It can follow a procedure. It can temporarily substitute something yet to happen. This stub is a testing ground: for the next natural onslaught, the next carcass to rise from oblivion, the inevitable amnesty, the transformation of concrete to gold—basic alchemy. 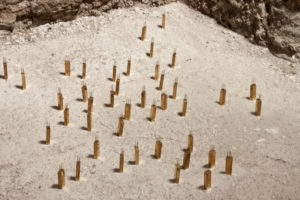 Started in 2001, Waiting Land is an ongoing series of collages, drawings, photographs, scaled replica, multiples, moving images, and a story board as comments on an environment we live in.

Based in Berlin, Los Angeles and Naples, Karen Lohrmann and Stefano de Martino collaborate since 2001.