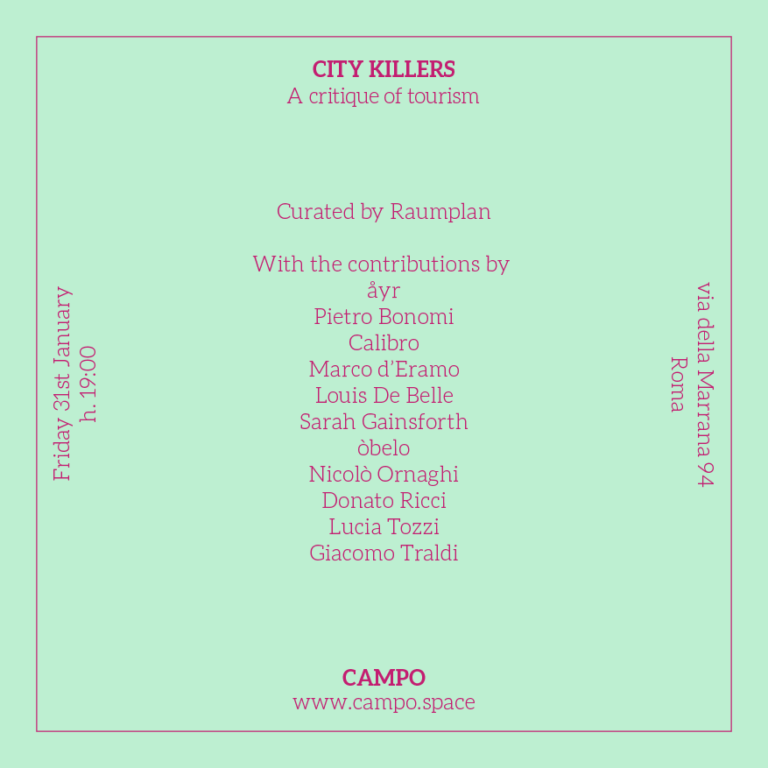 City Killers
A critique of tourism

Campo hosts City Killers, an exhibition curated by Raumplan about the consequences of tourism on the city.

The work by Louis De Belle thematises tourism on wheels. Engines, tyres, livery, drivers, and weary passengers are the main characters in a visual tale that calls into question the city experience connected to modern mass tourism. The fixed tourist bus itineraries and open-top city-sightseeing tours that can now be found in over a hundred city centres worldwide are totally cut off from the communities that flourish in the side streets, sticking instead to a branded, icon-strewn landscape, perfect as a selfie backdrop to be geo-tagged on social media. As the city itself tends to redesign and reconfigure itself to line up with its touristic image, passengers’ smartphones capture shots of cities already reduced to postcard images, just like those that appear on the buses themselves. 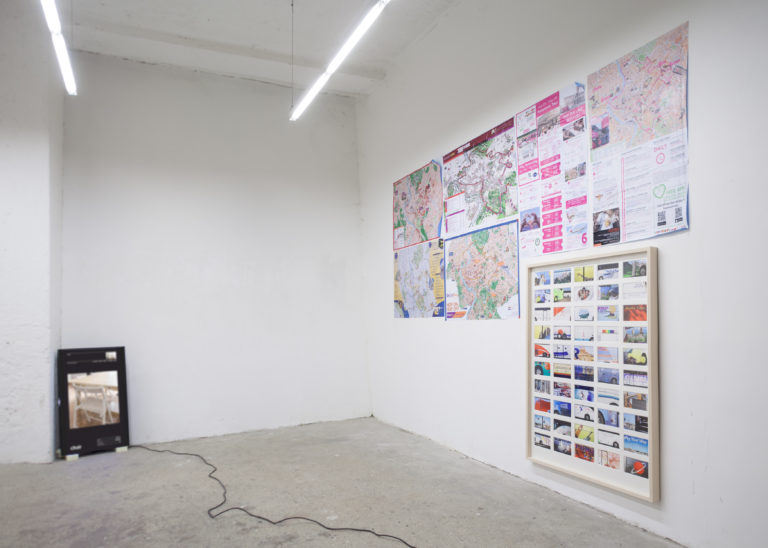 Calibro represents the airspace: a standardized and homologizing aesthetics which unites space on loan within the airbnb platform at all latitudes and commodifies a fictitious “intimacy”. Through a meticulous survey which availed itself of an image-recognition algorithm, Calibro analyses objects and furniture contained in Milan’s most requested flats on Airbnb posted by host who are owners of at least 5 properties rented out on the platform. 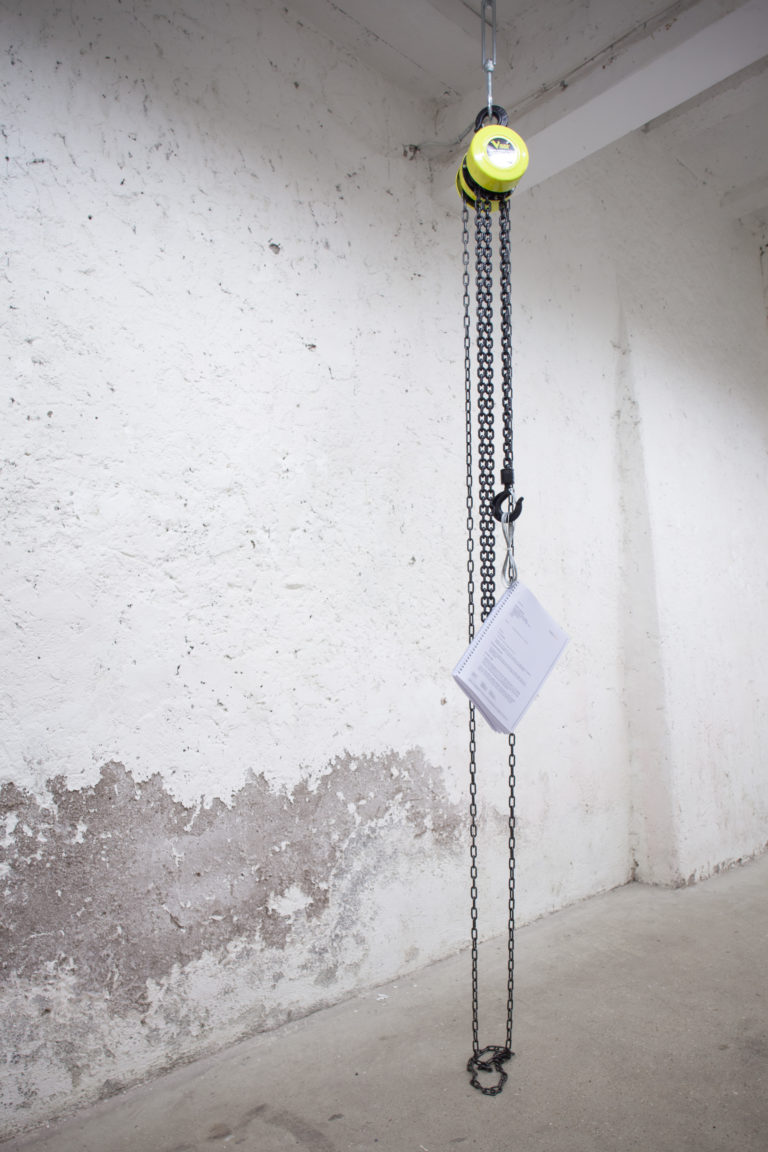 åyr exhibits a cease and desist received in May 2015 on behalf of a renowned gig economy platform operating in the home sharing sector. The document concerns the use of the denomination ‘airbnb pavilion’ which was the title of åyr’s first exhibition (airbnb pavilion, Venice, 2014) as well as the name used by the art collective prior to receiving the 2015 letter. Other than offering insight into the nature of the contention, the document includes screenshots, citations and images which bear witness to åyr’s first year of activity. This peculiar monograph of the collective’s early work wishes to disclose the impenetrable boundaries and disciplinary frameworks underlying contemporary practices of so-called ’sharing’. 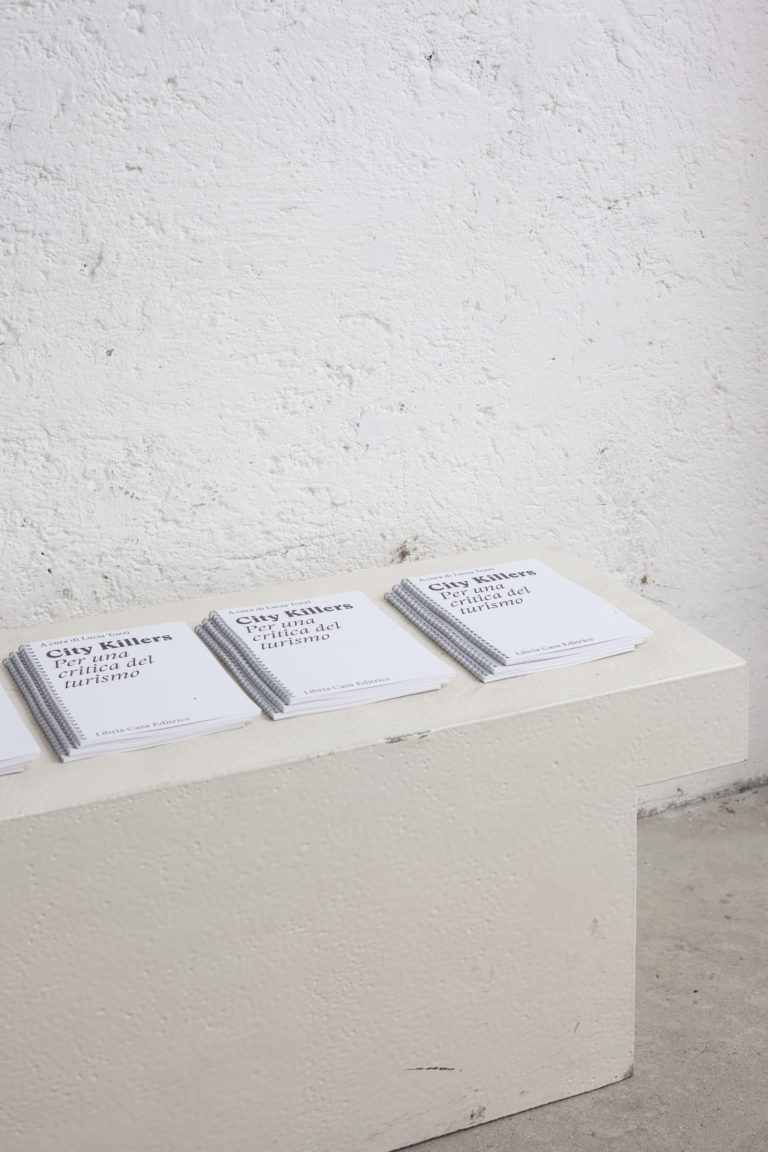 The publication addresses the economic and social consequences of the touristification of the cities all over the world, as well as the role played by real estate gains and by platforms like Airbnb in the expulsion of the working classes from the cities centres. Lucia Tozzi investigates how a tourism-based economy imposes control on communication, by censoring issues like inequalities and the conflicts arising from it. Samuel Stein displays the ideological side of tourism, which systematically subordinates the necessities of the residents to the concerns of real estate and deeply affects global urban policies. Pietro Bonomi and Nicolò Ornaghi analyse the touristification in the frame of the economic situation in Europe after the “sub-prime” crise, while Sarah Gainsforth tackles the aggressive rise of Airbnb and platforms in urban economies. The text by Calibro focuses the aesthetical homologation and commodification of the domestic spaces, and the interview with Marco d’Eramo reveals the traps and risks a critique of tourism might incur: class-based biases, perspective illusions, reactionary implications. 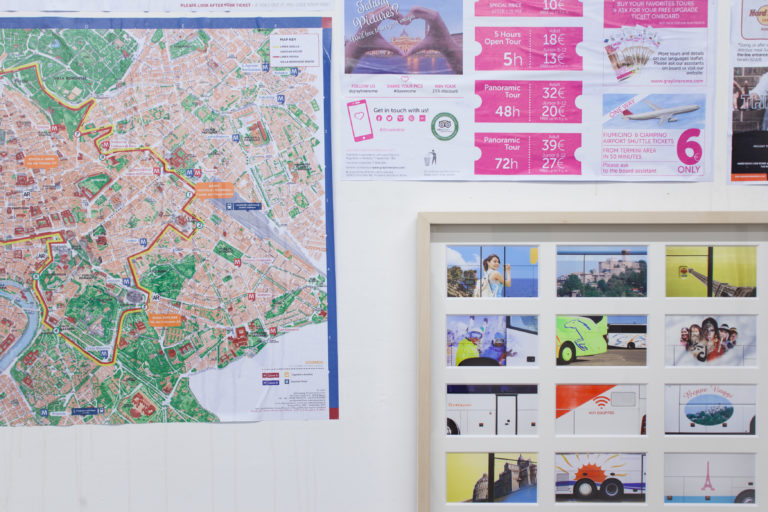