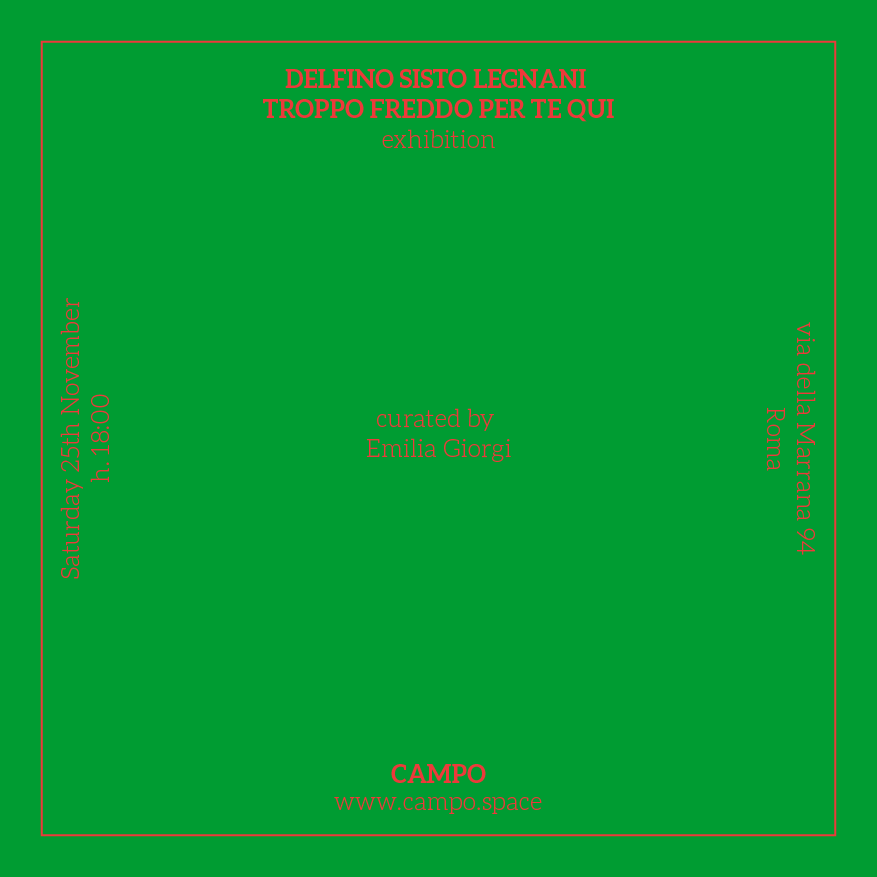 In 2013 – a year after the Libyan revolution of 2012 which lead to the destitution and death of Mu’ammar Gheddafi – Delfino Sisto Legnani (Milan, 1985), undertakes a photographic reportage in Libya, together with the photographer Giovanna Silva, to document the state of architecture after the regime’s collapse. The journey follows the path of the revolution: starting from Benghazi, Libya in the Cyrenaica region and, passing through Misurata – scene of the most ferocious episodes of the conflict – arrives to Tripoli, capital of Libya and seat of all the administrative buildings. A small part of this extensive reportage is published on the magazine Domus in 2013. 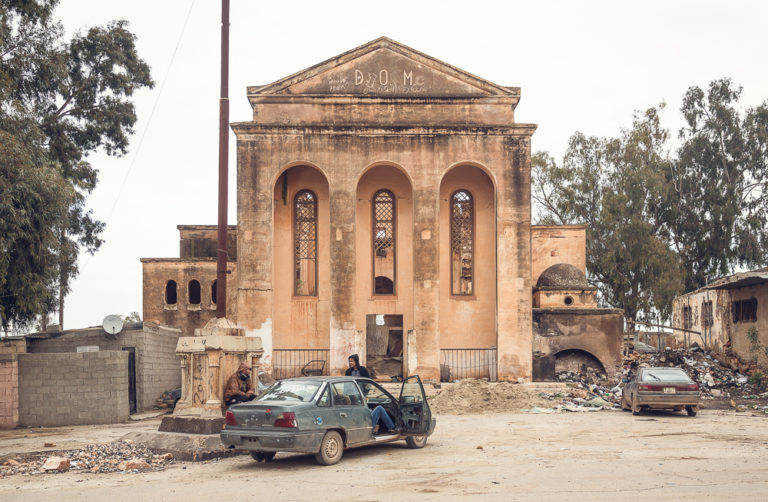 Four years later CAMPO presents the work of the Milanese artist and photographer in a personal exhibition curated by Emilia Giorgi.
The title of the exhibition, Troppo freddo per te qui (Too cold for you here) comes from the motto used by the Tuwwar rebels against Gheddafi, which metaphorically refers to the specific meteorological conditions of the Cyrenaica region.

Delfino Sisto Legnani proposes a site specific installation, cutting up the space of the gallery with large format images impressed on fabric. The installation itself becomes an essential part of the exhibition, where the visitor accompanies the photographer in a journey through a sequence of large landscapes in which abandoned spaces and architectures take the form of surreal everyday apparitions.

In this Libyan journey we encounter sacked and destroyed governmental buildings becoming temporary housing for the population as well as ready but never used skyscrapers for American hotel chains. We run into the Italian colonial architecture of the 1920s and 1930s and in entirely new unfinished cities – outcome of an agreement between Gheddafi and the Chinese government – which occupy the landscape of Cyrenaica like ghosts, with their skeletons made of tons of concrete without end. The last stop of this trip is Gheddafi’s house, which offers some of the most suggestive shoots: a city within the city surrounded by the houses of all the colonel’s collaborators and by the sumptuous spaces where Presidents and Premiers from all over the world where received. 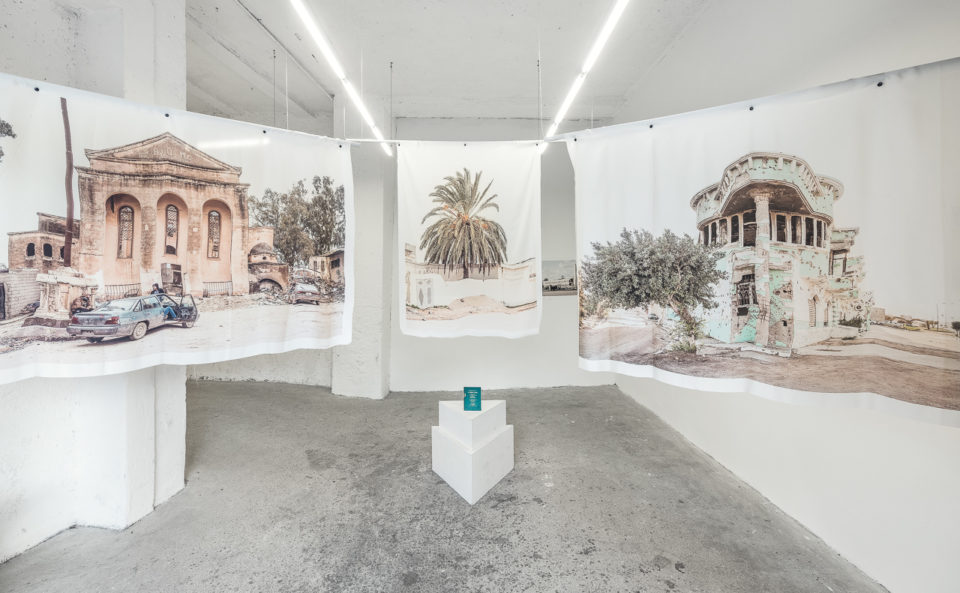 Thanks to his architectural formation and his experience with important architectural magazines, Delfino Sisto Legnani offers an unusual perspective on the war reportage, focusing on the effects on the architecture as the index of the consequences of war. The images are also accompanied by a series of objects found and collected along the journey, like a copy of the Green Book published by Gheddafi in 1975 and translated in 53 languages.

The exhibition is part of the program Passeggiate Fotografiche Romane, promoted by the photography department of the Ministry of Culture and Tourism directed by Lorenza Bravetta. The program organizes in Rome three days and five paths, real or metaphorical, to discover places and characters of the photography world through a series of exhibitions, debates, guided tours, opening of archives, workshops, performances and projections. 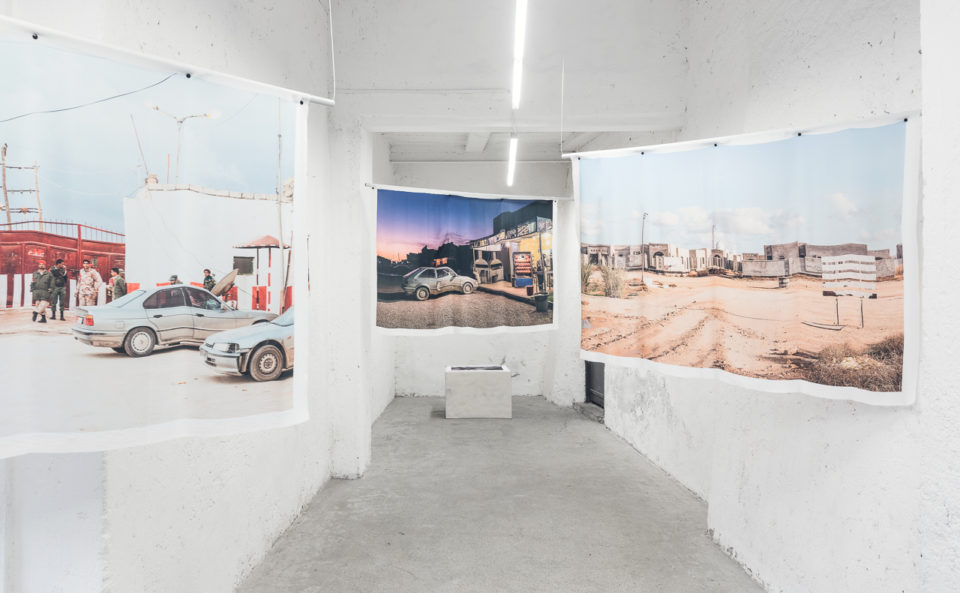 Delfino Sisto Legnani (1985) lives and works in Milan.
After graduating at the Polytechnic of Milan is introduced to photography by Ramak Fazel. Hereafter, becoming member of the Italian Journalists Associations, he begins to collaborate with some of the most important newspapers and magazines such as Domus, Abitare, ELLE DECOR, Vogue Italia, Apartamento, Mousse Magazine, Disegno, PIN – UP Magazine, The New York Times, la Repubblica and Corriere della Sera.
Encompassing reportage, architecture and still life photography, his work has been awarded and exhibited in museums and institutions such as the Victoria and Albert Museum, the La Triennale di Milano and in many galleries and exhibition spaces such as POMO Gallery (Milan, 2014), Il Crepaccio (Milan, 2014), MIA MIA Art Festival (Milan, 2001). In 2012 and 2014 he participated to the 13th and 14th Architecture Biennale of Venice. In 2015 he curated for the Prada Foundation of Milan the coral photographic project Fragments, developed in collaboration with the studio OMA, which explored Rem Koolhaas’ building, seat of the Foundation.
In 2017 he founded MEGA with Giovanna Silva and Davide Giannella, an independent space for underground artistic and cultural projects. His last project is an independent publisher to be opened in the next months. 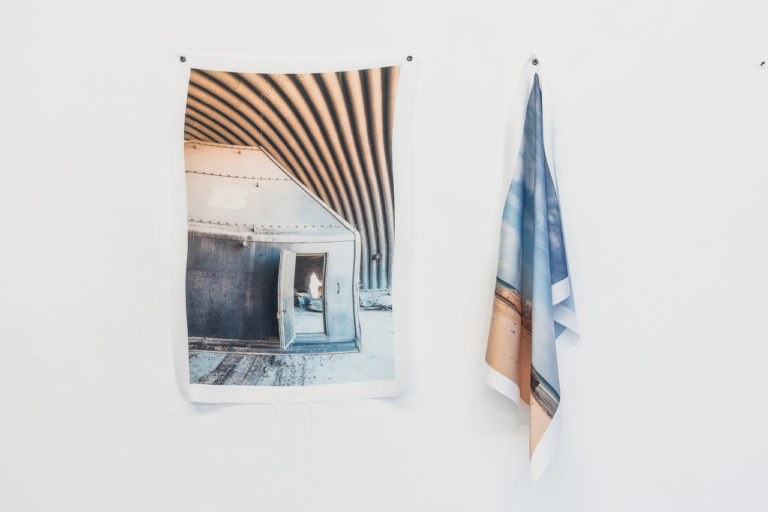