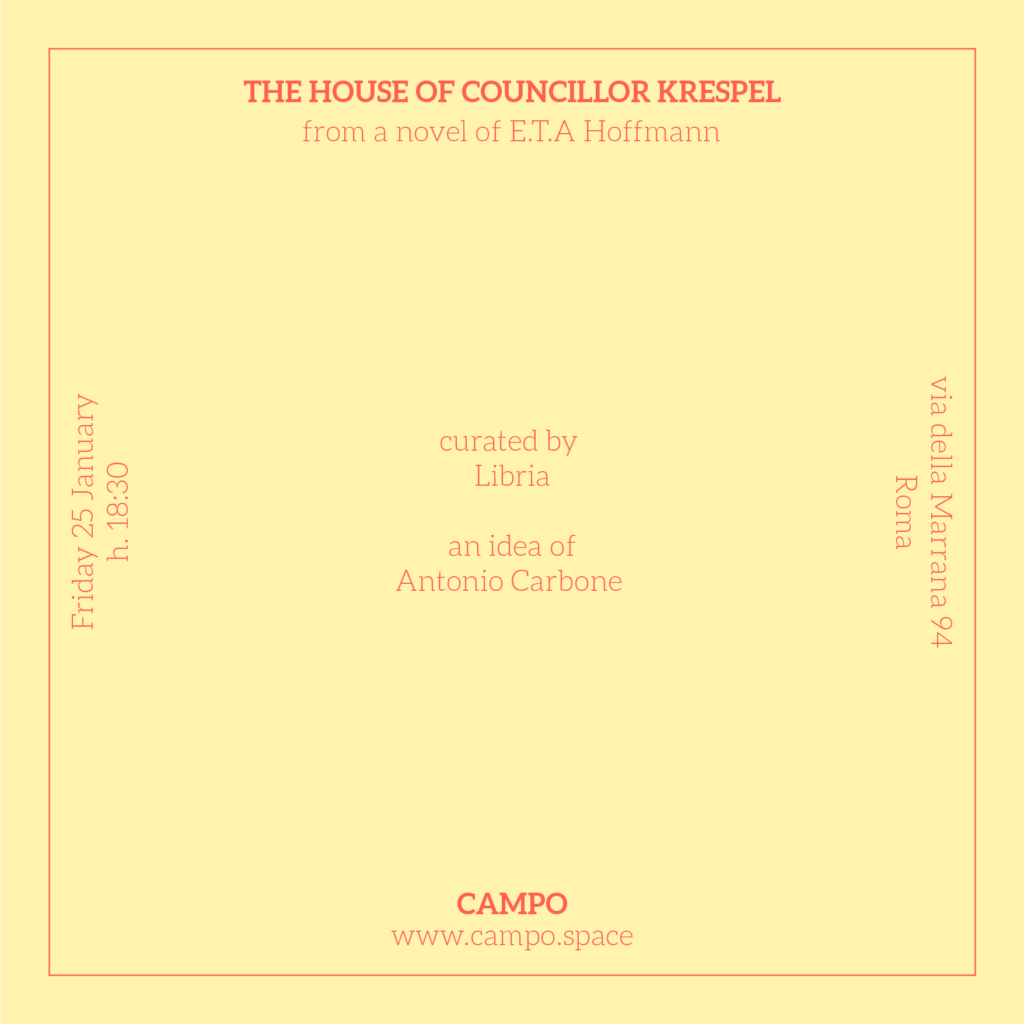 The House of Councillor Krespel
from a novel of E.T.A Hoffmann

curated by Libria
an idea of Antonio Carbone

‘Naturally the builder asked for the architect’s plan, and was not a little astonished when Krespel replied that none was needed, and that things would turn out all right in the end.’

The house of Counsillor Krespel is an architectural exhibition inspired by the novel by E.T.A Hoffmann (1776-1822), a writer and composer and one of the major representatives of the German Romanticism. In the first part of his tale, the author describes the realisation of the residence of the protagonist that doesn’t exist out of a design project, but solely by thinking though the experience of the process of its making. All of this as part of an identification process between the existence and the creation of an art work. The exhibition will showcase twenty-five artworks made by architects, originating form eleven different countries, whom have been asked to realise an original image or collage representing the strange house of councillor Krespel.

‘It was highly amusing to see how hundreds of people stood round about the garden, all hurrahing whenever the stones flew out, and a window appeared where none had expected.’