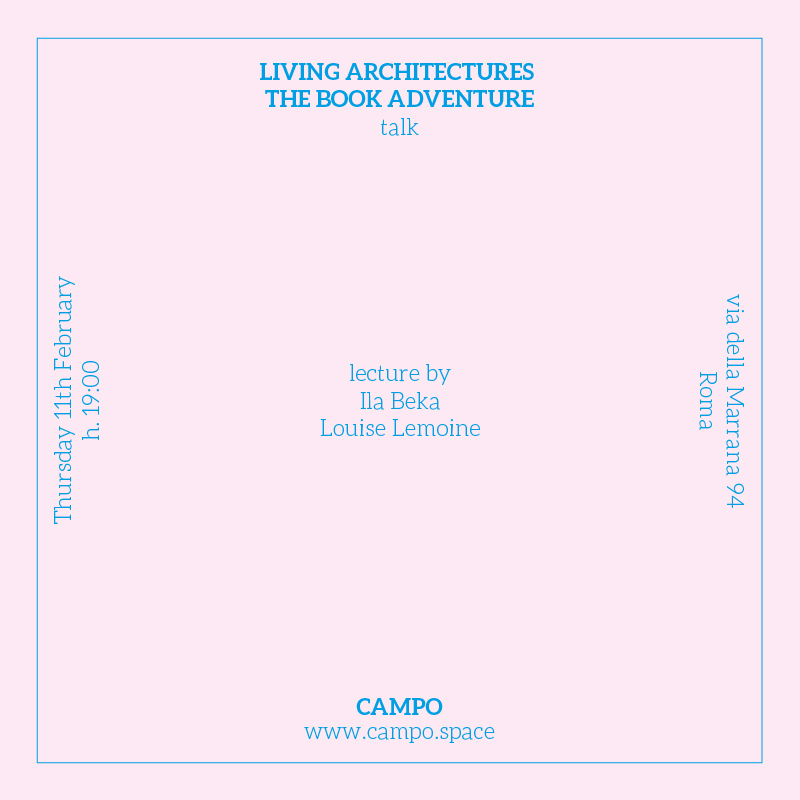 What does it mean to transform a film into a book?
And how can you become the editor of yourself?

Ila Bêka and Louise Lemoine answered to this simple but fascinating questions through a dialogue among them and with fragments of their best films, giving life to an intense evening of tales, movies and discussions. 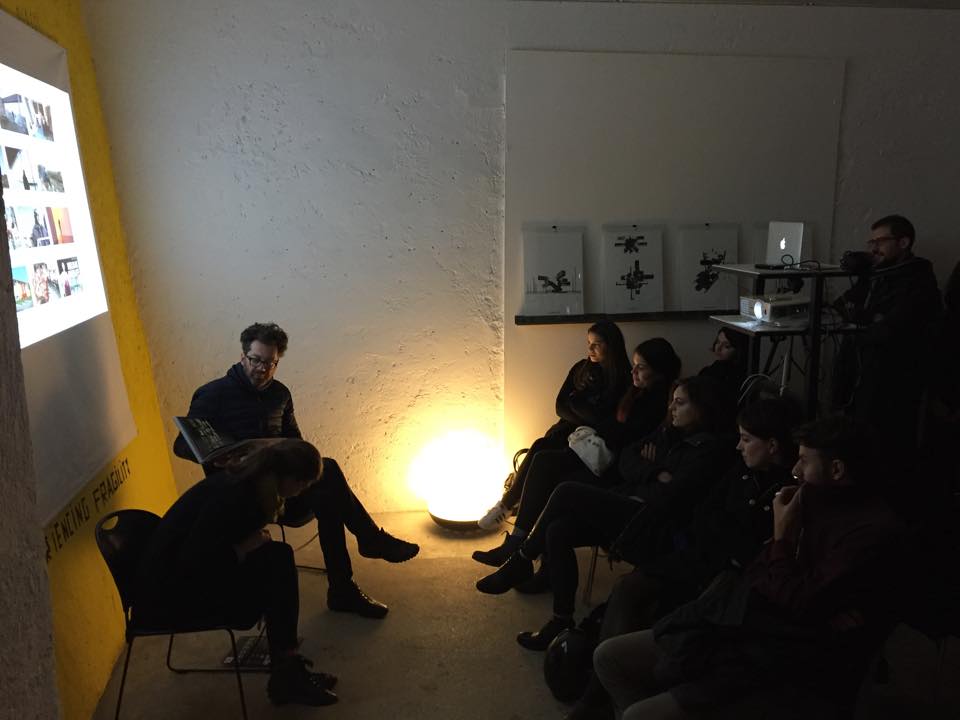 Artists, filmakers, producers and publishers, Ila Bêka and Louise Lemoine have been working together for the past 10 years mainly focusing their research on experimenting new narrative and cinematographic forms in relation to contemporary architecture.Through their films they question the fascination with the image, an aesthetic and ideological construction that imprisons the buildings with preconceived ideas about perfection, virtuosity and infallibility.

Their movies instead look for the vital and fragile beauty of architecture through the gaze, the words and the experiences of people who actually live, use or maintain those spaces. The most famous example is probably “Koolhaas Houselife” (58 min, 2008), where they portrayed the Maison à Bordeaux -one of the masterpieces of contemporary architecture by OMA – through the eyes and the daily chores of the irresistible housekeeper Guadalupe Acedo.

All their projects come together with a book that is not just a description of the movie, the making or the plot, but rather a parallel and autonomous narrative, another gaze on architecture and the space that everyday surrounds our life.

Ila Beka is an Italian artist and filmmaker who lives and works in Paris. He trained as an architect with a degree from the IUAV of Venice and the Ecole Nationale Supérieure de Paris-Belleville.
Louise Lemoine is a French filmmaker who lives and works in France. She is graduated in cinema and philosophy from the Sorbonne, Paris.Ila Bêka & Louise Lemoine are teaching at Columbia University GSAPP (New York Paris program) since 2013.
Since 2007 they have been developing a film series entitled “Living Architectures”, awarded Best Architecture Film at Archfilm Lund 2013.Their films have been widely shown in some of the most prestigious international cultural institutions such as MoMA (new-york), Centre Pompidou (Paris), Palais de Tokyo (Paris), Cité de l’Architecture et du Patrimoine (Paris), Barbican Center (London), Triennale (Milan, Italy), CCA (Montréal, Québec), nAi (rotterdam, nL), Venice International architecture biennale (2008, 2010, 2014) among others.