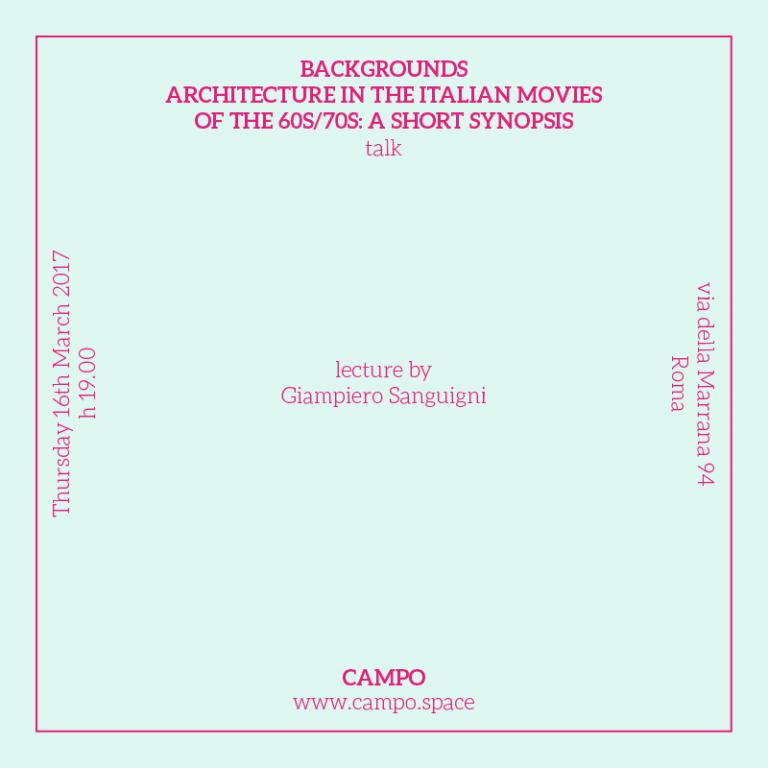 BACKGROUNDS
Architecture in the italian movies of the 60s/70s: a short synopsis

After the Neo-Realism decade (1945-1953) italian cinema faced an even more hypertrophic period, dense with experimental movies and talented emerging filmmakers. It is a period that is commonly identified as ‘cinema d’autore’. These are the years of a deeply political and personal approach to the camera, two decades of movies grounded in invention, technology and professional skills, subjugated to create director’s worlds, poetics and visions.

Almost 50 years after their creation, Italian movies of the 60s and 70s became key documents that deeply crossed and unfolded the italian condition at that time, a country still looking at its traumatic past, but in a booming evolution.

Cinema addressed, more than other disciplines, the economic growth and cultural hyperactivity, phenomena never experienced in the country’s short republican history in such a multi-faceted and strong way. “Cinema d’Autore” movies walked through the growing suburbs and crept into bourgeois homes, cynically approached the winners (politicians) and losers (the citizens) often reversing their roles and undermining their consciences.

Architecture was often portrayed as a silent witness, a silhouette which stayed in the background. Nevertheless, architecture was not only a background feature, its role was more subtle, especially when it resonated with directors who created movies composing choral and visual sequences, where architecture was a fundamental part of a carefully designed set. Architecture was an existential mirror, an ad hoc stage, a custom made set echoing director’s message. 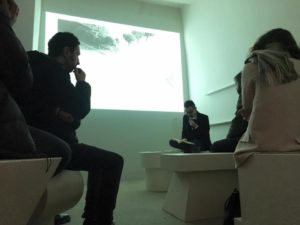 Giampiero Sanguigni is an architect and writer. He graduated in Architecture in Rome and earned his PhD at EPFL Lausanne in 2010.  Together with Pierluigi Barile and Francesca Borgia, he is part of Milk Train (www.milktrain.eu).